Victor von Doom was born in a Romani camp outside Haasenstadt, Latveria on July 5th. His mother, Cynthia, was killed in a bargain with Mephisto that went wrong. Despite his father's attempts to care for her, a noblewoman died and Werner von Doom fled with a young Victor on a cold winter's night. Victor survived the cold, but unfortunately, his father did not. Doom sought to increase his knowledge of both science and magic in order to rescue his mother,  whose death he blamed on Mephisto. In his youth, Victor fell in love with a woman named Valeria, but she resisted his advances.

While attending classes at the State University in Hegeman, New York, he first met Reed Richards and Ben Grimm. They developed a dislike for each other, leading to Reed Richards committing the first prank he had ever pulled, changing Victor's last name on a trophy to "Doof." Doom became obsessed with developing a machine that could project the astral form of a being into other dimensions, seeing it as a way to free his mother's soul from Mephisto's clutches. Reed pointed out a flaw in Doom's calculations, but Doom arrogantly ignored his warnings, feeling Reed was trying to upstage him, likely due to their dislike for each other. The machine exploded, scarring Doom's face.

He was soon expelled for conducting unethical experiments. From then on, he blamed Reed Richards for the destruction of his face as well as his expulsion. Disgraced and bitter, Doom traveled the world. Eventually, he came upon a small Tibetan village of monks who assisted him in creating a suit of armor. He returned to his homeland of Latveria to overthrow the leader and declare himself king. He then began to use his country's resources in order to further his plans of world domination. These schemes led Doom into conflict with the Fantastic Four on many occasions, as well as many other superheroes like The Avengers, Ms. Marvel, X-Men, and Spider-Woman.

Doom made an alliance with the villains comprised of Loki, Ultron, Baron Mordo, and the Enchantress called the Masters of Evil and recruited numerous super-villains to aide them. Doom's plan was to distract SHIELD with an attack on the SHIELD Helicarrier while the Masters of Evil stole the super-soldier serum and Mutant Amplifier from SHIELD's Omega Base. He then kidnapped Jean Grey and Nightcrawler and stole a magical text the Tome of Asarius. Using the Tome of Asarius and the Mutant Amplifier he forced Nightcrawler to teleport himself and his fellow Masters of Evil into Mephisto's Realm where he was able to acquire a powerful magical artifact the Twilight Sword.

He next used the super-soldier serum to create an army of bestial super soldiers which with Loki and Enchantress' help he unleashed upon Asgard. With help from the frost giant Ymir, he was able to draw Odin out into the open where he defeated him in combat using the awesome powers of the Twilight Sword. With Odin defeated he used his magic to drain the Odinforce from Odin transforming Doom into a god with nigh unlimited control over reality. Using his powers he quickly took over the world and converted most of the world's superheroes into mind-controlled slaves who worshiped him as a god. He also created evil clones of the Fantastic Four, Spider-Man, Captain America and Thor and imprisoned Odin in Castle Doom. Tears were developing in near-earth space and if left unchecked, everything in the universe would die.

Eventually, a team of superheroes who had escaped Doom through the intervention of Uatu was able to defeat doom and drain the Odin force from him using a shard of the M'Kraan Crystal borrowed from the Shi'ar and technology stolen from Galactus. With Doom mortal once more and Odin free of his imprisonment, Odin captured Doom and Loki and imprisoned them in Asgard where they would face eternal torment and torture for their crimes against the gods.

In the aftermath the people of Earth who were free of Doom's control assumed that Doom was dead, only those super-heroes involved knew the truth. Following this Latveria came under the control of Lucia von Bardas. According to Thor, Doom is still being punished by Odin alongside Loki for stealing his powers. 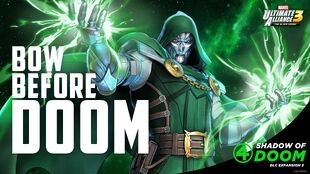 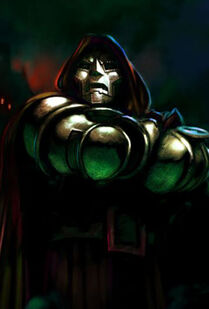 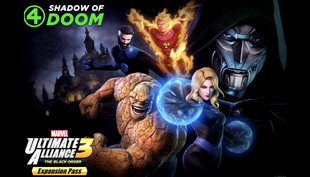 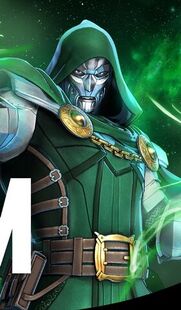 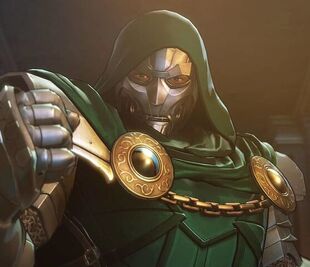 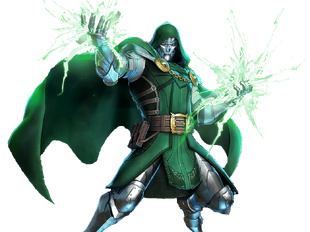 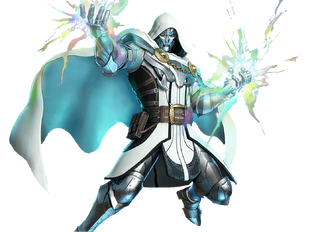