Dr. Robert Bruce Banner was born in Dayton, Ohio on June 20. He was a highly respected scientist, inventor, and biochemist who received major recognition for his work regarding biochemistry, nuclear physics, and gamma radiation. He was commissioned by General Thaddeus Ross to recreate the Super Soldier Serum which created Captain America, although Ross elected not to inform Banner what he was creating. Banner was unsuccessful in recreating it and was already working on another project for Ross, a gamma bomb. Bruce had been working on the bomb with Ross' daughter Betty who he was dating at the time and Leonard Samson, an inventor and one of the head designers for the bomb.

When the bomb was about to detonate, a teenager by the name of Rick Jones drove onto the testing field; Banner pushes Jones into a trench to save him but is hit with the blast, absorbing massive amounts of gamma radiation. He awakens later seemingly unscathed, but that night transforms into a lumbering green form. The pursuing soldiers dub the creature a "hulk".Bruce was not the only one that was affected by the bombs blast, Dr. Samson and several other people were given superpowers but this made him and them targets of the Military. With this discovery, he became more determined to stop himself from turning into the hulk at all costs. The U.S. government created the Hulkbusters, a team of black ops soldiers dedicated to catching the Hulk with advanced battlesuits and weapons. The group was formed with a joint venture between Trask and Hammer Industries who Banner had past dealings with. He has made many enemies along the way like the Red Hulk, Abomination, The Leader, Zzzax, The U-foes, Equinox, and Juggernaut but he managed to go past all of them, even if some of them were stronger than the last. He later became a founding member of the Avengers but he was usually not a team player. After the Avengers disbanded, Bruce continued his research to find a cure for the Hulk but slowly came to terms with his condition. He would continue to work with SHIELD on the Omega Base with his Colleague and former teammate, Hank Pym.

Three years after the old Avengers was disbanded prior to being part of The Ultimate Alliance team branches, Banner was working on the new Gamma Bomb project on the Omega Base. He was also friends with Reed Richards. During the attack on the Omega Base, he is sealed inside a room. After the heroes find him, they receive intel that a gamma bomb is set to explode. Banner disarms the bomb, and the heroes continue on their mission, leaving Banner behind because, after all, "He's no hero". He was shown defeated as the Hulk outside Doom's castle after he obtained Odin's powers. He was eventually taken by Doom but he soon then rescued by the Ultimate Alliance after Doom's defeat. It was shown later that Hulk had been getting psychiatric help by Mr. Fantastic who helped him vent through haiku.

Hulk participated in the Civil War and later fought against the Nanite-controlled members of "The Fold" as a member of the Ultimate Alliance, defeating a nanite controlled A-Bomb during the Siege of Wakanda. Sometime after the defeat of the Fold, Hulk was being interviewed on a radio show. However, the hostess was surprised when she found out that Hulk was the one in control instead of Bruce Banner in the end, Hulk lost his temper and went on a rampage when the hostess told him that while for helping to save the world he would get a lot of rewards a parade was not one of them.

Unused on disk and never been added to DLC release along with his unused simulation:

Hulk was not involved in the Civil War as he was sent to Sakaar in Planet Hulk.

Hulk returns in the reboot game. He sports massve amounts of HP and Durability, making him a tank. He also has above average striking, making him a good damage dealer as well. His Abilities are notably strong, with all but his original skill having at least a "B" in either stagger or damage. However, the biggest downside to playiing as Hulk would have to be his low energy reserves, being among the lowest in the game. 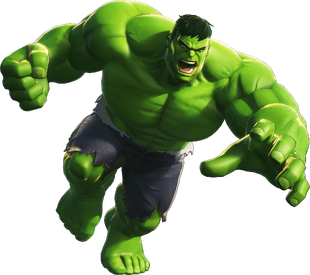 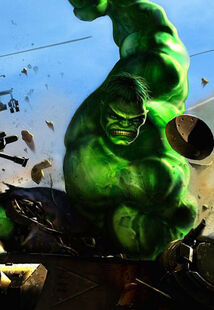 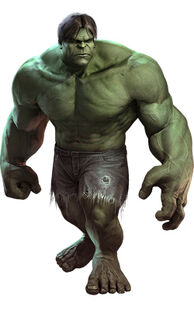 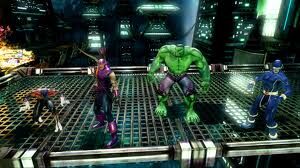 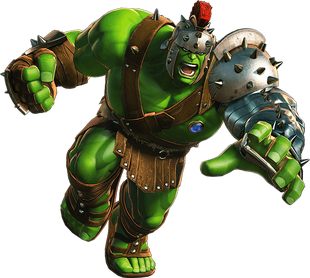 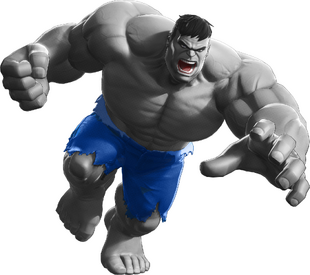 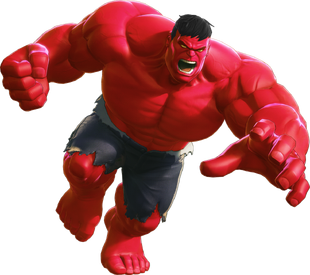 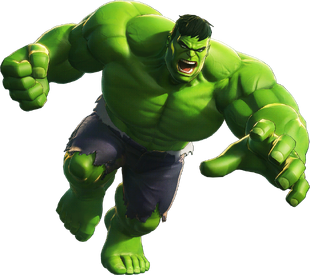