Danny Rand''' was born in Manhattan, New York City to Wendall and Heather Rand on May 15th, 1986. When Daniel was nine, his father traveled to Tibet along with Heather and his business partner Harold Meachum in search of the nexus to K'un-Lun. Toppling off a treacherous mountain passage, Daniel dragged his mother and father over the ice shelf with him. While he and his mother landed on a ledge below, his father dangled over the sheer drop of the mountainside and called to his partner for help.

Hoping to take over Rand's share of the business, Meachum instead caused him to lose his grip and plunge to his death. Though Meachum offered to help Heather Rand and her son, they spurned him. Attempting to make it back to camp on their own, Heather and her son spied a long suspension bridge as a pack of wolves attacked. Heather tried to hold them off long enough for her son to get to safety and was killed in the effort.

Soon thereafter, denizens of K'un-Lun found the boy and took him to their city. There Daniel was brought before Yu-Ti, who had secretly plotted the murder of both Wendell and Heather. Yu-Ti apprenticed Daniel to the martial arts master Lei Kung the Thunderer.

At age nineteen, Rand was given the opportunity to gain the power of the Iron Fist. He was sent to battle the enormous fire-breathing serpent called Shou-Lao the Undying which lived in a cave outside the city and which ferociously guarded a brazier containing its heart, which had mystically been removed from its body. In their battle, Rand grabbed the serpent's body, which bore a scar which imprinted itself upon Rand's chest. Killing the serpent, Rand plunged his hands into the now unguarded brazier containing Shou-Lao's molten heart when his hands shone with a quasi-mystical force and he earned the title "Iron Fist," for he could now summon superhuman energy to reinforce the power of blows struck by his hands.

He returned to the United States when the nexus reopens and befriended other superpowered and skilled individuals like Colleen Wing, Misty Knight, Moon Knight, Blade, Blindspot, and Daredevil. He also met another hero by name of Luke Cage in which became best friends with and worked at his place of business called the Heroes for Hire.

Iron Fist did not appear in Marvel: Ultimate Alliance.

Iron Fist works for the anti-regestration forces in Marvel: Ultimate Alliance 2. He is one of six characters whose faction is immutable.

Available: After choosing Anti-Registration; or, after the first chapter of Act III if you choose Pro-Registration. 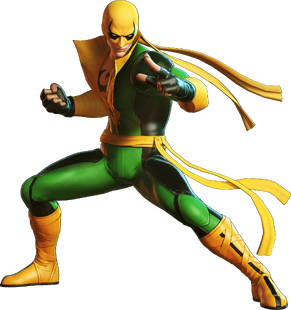 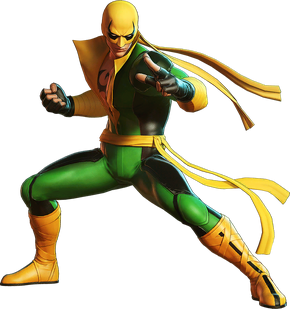 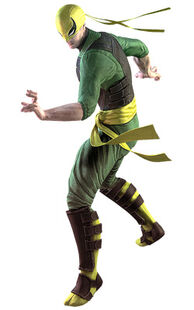 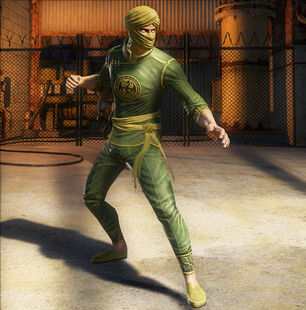