Juggernaut was born Cain Marko, but became the Juggernaut when he found Crimson Gem of Cyttorak which gave him superhuman powers including strength and invulnerability. Juggernaut is the step-brother of Professor Charles Xavier.

In Marvel: Ultimate Alliance 2, he is a DLC character.

Forward dash harms all in his path.

Spins in place, knocking back foes.

Generates a shockwave with a massive stomp.

Gains stamina for every defeated foe.

Raises damage for all power attacks. 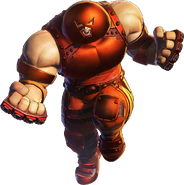 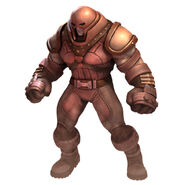