Marvel: Ultimate Alliance Wiki
Register
Don't have an account?
Sign In
Advertisement
in: Bosses, Masters of Evil, Villains,
and 10 more

Loki Laufeyson is the son of Queen Farbauti and King Laufey, leader of the Giants of Jotunheim. He was born small and was an embarrassment to his parents, and was segregated from other Giants. Using dark magic, the future Loki came to Jotunheim's past, tricked Bor and turned him in snow. As Bor withered, he asked Odin to help him, but his son ignored him. Loki then haunted Odin in the guise of Bor's ghost. Years passed and eventually, he asked Odin to adopt the son of a fallen king he would have killed, and that would pay his debt. Meanwhile, he went to the present Loki, explaining to him how to become a god by tricking Odin and Laufey. Loki went to Laufey, giving him information about where Odin would be positioned in the following battle and taunting him to attack him. As he hinted, Laufey was a coward, his father struck him but decided to slain the All-Father.

Odin confronted, Laufey left him for dead. Loki rushed into the battlefield, faking grief and anger, only to make Odin to recognize his strength and to press him to adopt him. Out of a combination of honor, pity, and obligation, Odin adopted the boy, raising him alongside his oldest biological son, Thor, while future Loki came to punish Laufey for his past brutalities. Throughout their childhood and into adolescence, Loki became resentful of how differently he and Thor were treated by the general Asgardian citizenry. Valuing great strength, tenacity, and battle-bravery above all, the Asgardians clearly favored Thor. Loki's gifts, however, lay in other areas, most notably sorcery. Possessing a natural affinity for commanding great magical forces, he schemed to use his power to destroy Thor and become the most powerful in all of Asgard. Loki dubbed himself the "God of Mischief". However, instead of playing harmless pranks on others, his deeds grew steadily more malicious as his lust for power and revenge became all-too-apparent. In time, his purview extended from being a playful and mischievous trickster to the "God of Evil". When he first arrived on Earth with the intention of conquering, he fought his brother there and during this time he came across a newly formed group of heroes known as the Avengers and they stop him from taking over the world.

Years later, he became involved with Latverian Dictator Victor von Doom who had plans to steal the powers of Odin. Both Loki and Doom decided to get contact with other villains Ultron, Baron Mordo, and Enchantress to form a new Masters of Evil. When his allies attacked the S.H.I.E.L.D. Helicarrier and Omega Base they stole the Mutant amplifier and super-soldier serum which they used to create an army of bestial super soldiers which Loki later released upon Asgard along with an army of Frost Giants. He masqueraded as Mandarin in Atlantis giving Attuma the Sonic Emitters to mind control the Atlanteans in exchange for the Tome of Asarius. Having conquered Asgard and captured several of the gods including Balder Odinson, Heimdall and Tyr. After the defeat and capture of the gods, he crowned himself ruler of Asgard.

While Doom made put his own plans, to steal the Odinforce from Odin and become a god, into action Loki fought a team of superheroes and tricked them by disguising himself as Col. Nick Fury into helping him unlock the powerful Destroyer armor. Loki was defeated however when the team tricked Loki into injuring him himself with the armor. When Doom was subsequently defeated, Loki, for his part in the plot, was imprisoned in Asgard by Odin and punished for eternity by Odin. Loki and Doom’s imprisonments are later mentioned in Marvel: Ultimate Alliance 2.

Loki appears at Dark Dimensions challenging the heroes, in hopes to test out Iso-8 for his own research. After being defeated, Loki give one of the Iso-8 to the heroes to find the remaining Infinity Stones (namely Reality and Soul) and escape from the dimension on their own.

Loki later made a biggest mistake on align with HYDRA, having been betrayed by them and had the Iso-8 stolen for themselves, overthrown Asgard and prepare to overpower Odin while he was away handling Frost Giant’s rebellion. Loki is later freed from his prison and help the heroes defeating Red Skull and Hela until Odin’s return. 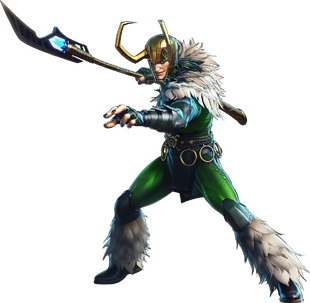 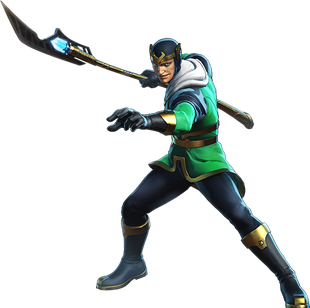 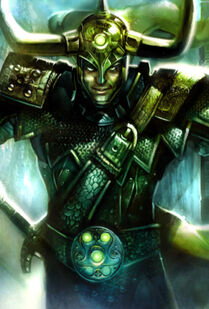 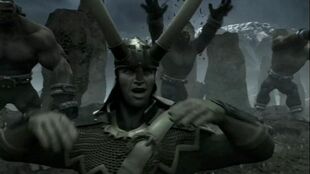 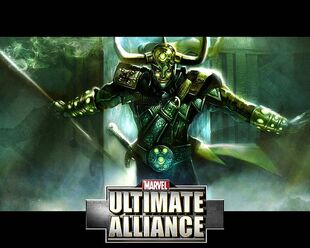