Michael Morbius is a character debuted as one of the DLC playables in Marvel: Ultimate Alliance 3, where he is the titular antagonist of Marvel Knights/Midnight Sons-themed DLC mission, Curse of the Vampire.

Michael Morbius was born in Greece on October 10th. When he was a young, Morbius experienced an isolated childhood due to his rare blood condition, which contributed to his ugly and unpleasant-looking appearance. But despite his looks, he was an intellectually-gifted young man who spent his time reading books and, in time, became a highly respected and Nobel Prize-winning biologist who specialized in the field of human and animal biology. While in New York, after escaping from his home country due to his pseudo-vampiric condition, he attempted to find a cure and to protect his fiancé Martine Bancroft his condition started get worse and he fully embraced his vampiric nature and became the Living Vampire. One night, he encountered a vampire hunter named Blade who he fought. During his battle with Blade, he bit him. The bite fully unlocked Blade's greater vampire strength and was able to overpower Morbius, but he escaped. Years later, he was attacked by the Lizard and defeated when Spider-Man and the Lizard teamed up against him to recover a sample of Morbius' blood in order to cure their own mutated physical conditions before he escaped. However, his first encounter with Daniel Ketch version of Ghost Rider cures the side effect of the former's mutated state via the latter's Penance Stare, thereby allowing Morbius to have finally use his now controlled power for good and joining Midnight Sons. 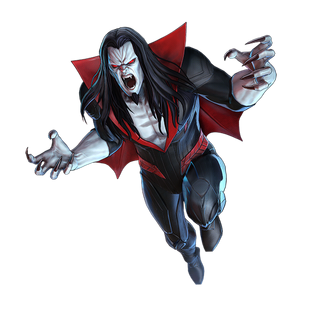 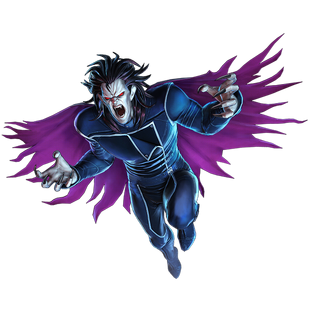 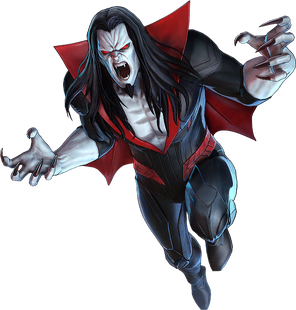