Expert detective, Proficient in martial arts and armed combat, Increased strength, endurance, and agility depending on the lunar cycle

Moon Knight is a superhero who gained his powers during a trip to Egypt. Moon Knight only appears in the Xbox 360, PS3 and Wii version of Marvel: Ultimate Alliance by default. However, he can be unlocked via modding outside these three versions and remastered editions.

Marc Spector was born in Chicago, Illinois on August, 31st 1975. Marc grew up on the poor side of Chicago, where his father Elias was the target of discrimination; Marc couldn't understand why his father would never fight back against persecution. During the last years of his childhood, Marc discovered by chance that a close friend of his family, Rabbi Yitz Perlman, was in reality, a Nazi deserter and secretly a serial killer of Jews. Marc's fighting instinct kicked off for the first time when he fended off against Perlman to escape his grasp. Perlman later disappeared without a trace. This traumatic event also caused Marc to develop a dissociative identity disorder.

The first personalities developed by Marc were Steven Grant and Jake Lockley. Shortly before Elias decided to intern Marc at the Putnam Psychiatric Hospital, Marc was approached for the first time by the Egyptian deity Khonshu, claiming to be Marc's true progenitor. Marc was allowed to leave temporarily to sit shiva after Elias' death but ran away after attending his funeral, enthralled by Khonshu's voice. Marc enlisted in the Marines and served for three years. On his second tour in Iraq, his superiors caught notice of Marc's bizarre behavior. After his past was dug up, Marc was dishonorably discharged. He later joined the CIA and worked with several people who would later interact with Moon Knight, including William Cross, Amos Lardner, and his own brother, Randall Spector. Randall killed Spector's girlfriend Lisa with a hatchet to keep her from exposing a gun-running scheme; Spector retaliated with a grenade and assumed Randall was dead.

Once he left the CIA, Spector enrolled in illegal fights, where he befriended "Frenchie" Duchamp and both became soldiers-for-hire and best friends. While on a mission in Egypt, He and Frenchie come across a woman named Marlene, a young archaeologist willing to tell him the secrets of the tomb of Khonshou. Spector managed to reach the tomb before he collapsed, and Marlene and the crew laid him beneath an idol of Khonshu. His spirit had an encounter with Khonshu, who promised to save his life in exchange for his service. Spector agreed, although he later considered this encounter a hallucination. He, Frenchie, and Marlene (now his lover) moved to New York, taking the idol along. With their help, he developed the costume, equipment, and persona of Moon Knight. With his fortune, in addition, to support his new career of fighting crime, he began using his Steven Grant persona as a financier and Jake Lockley as a cab driver whose purpose was to gather information at street level. His original persona, with its multiple facets, faded into the background. 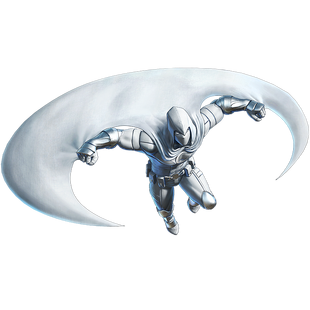 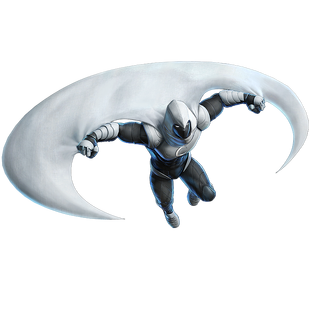 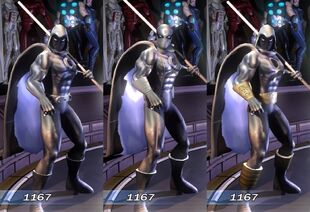 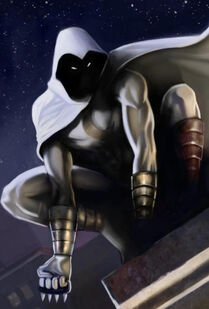