Mastery of illusions, Amateur chemist and roboticist, and Exceptional hand to hand combatant.

Mysterio is the name of several fictional characters, supervillains appearing in American comic books published by Marvel Comics, commonly as enemies of Spider-Man. The first and most high-profile incarnation of Mysterio is Quentin Beck, although several other characters have since used the Mysterio alias.

Quentin Beck was born in Riverside, California. on June 28th, 1980. He became a popular special effects wizard and stunt man working for a major Hollywood studio with dreams of making a name for himself in the film industry. However, he came to see his career in special effects as a dead-end job. His attempts to become an actor were poorly received, but he realized that his expertise in illusions could make him an effective criminal.

In his first battle with Spider-Man after he frames Spider-Man for robbing the Midtown Museum, Mysterio obstructs the hero's spider-sense with gas and dissolves Spider-Man's webbing with a chemical abrasive. However, Spider-Man tricks Mysterio into revealing he robbed the museum, then Spider-Man revealed he had captured it on tape. He was then jailed, blaming Spider-Man for his ruined career. Mysterio later joins the Sinister Six in an attempt at revenge on Spider-Man and battles him using robots of the X-Men. After the fight, Spider-Man gets a card that enables him to go on to battle Sandman.

Mysterio was enlisted by the Masters of Evil. He was sent to the Omega Base to get the Ultron plans to upgrade him, but the Ultimate Alliance stopped him. Mysterio also appears in a simulation mission. 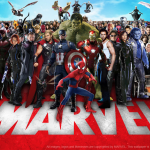 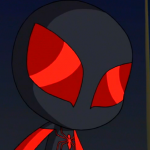