Scott Porter
Star-Lord is a playable character in Marvel: Ultimate Alliance 3: The Black Order. He is the leader of the Guardians of the Galaxy.

Peter Quill was born in St. Charles, Missouri to Meredith Quill and J'son of Spartax on June 21st, 1980. The two form a relationship while J'son makes repairs to his ship. Eventually, J'son is forced to leave to return home and fight in a war. He leaves, not knowing Meredith is pregnant with Peter. Ten years later, Meredith is killed when she is attacked by two Badoon soldiers who have come to kill Peter and end J'son's blood line.

Peter finds his father's gun by accident, kills them with a shotgun, and escapes his home before it is destroyed by the Badoon ship. The Badoon presume Peter has been killed and leave. Peter is placed in an orphanage and eventually joins NASA. It was eventually explained that he was raised by his mother's best friend Lisa Chang who was a commander at NASA.

Later, when his ship malfunctions and he is stranded in space, Peter is found by the Ravagers, a group of space pirates led by Yondu. After the Ravagers save Peter, he tries to steal their ship. He outsmarts the Ravagers and even knocks out Yondu before capturing him. After Yondu awakens, he frees himself and attacks Peter, letting Peter choose to be released to space without more trouble or be killed. Peter instead asks Yondu if he could join Yondu's crew. Yondu eventually learns that like the two share something in common, growing up as "kids without homes". Yondu lets Peter stay in the ship with the Ravagers as their cleaning boy. Peter decides to stay and try to learn everything he can while he among the Ravagers. 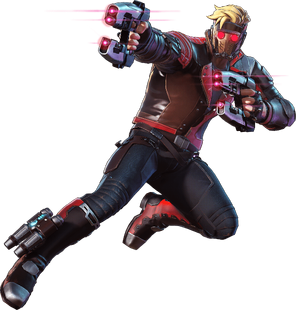 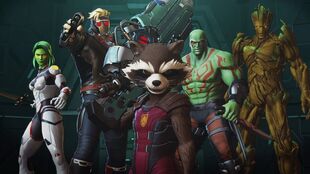